The Harry Clark Award of Excellence is given in recognition of outstanding contributions to the sport of curling by Burlington Curling Club members. The nominees are voted on by the current BCC Board of Directors.Harry Clark became a member of Burlington Curling Club in 1966 as a Lead & moved up through the ranks to become a Skip in 1980. In 1986, he joined our new Seniors’ Section where he played until 2004. Due to failing health, he then became a Social member, until his death in January of 2005.

Harry served on our Board of Directors, and was instrumental in acquiring the Ontario Men’s Provincial Championships held in Burlington in 1983, with our Club as the host Committee and Harry as its Chairman. He then moved to the National scene working as Vice President during the 1991 Brier in Hamilton and also during the Worlds in 1996.

He was a Curling Columnist with the Hamilton Spectator and became the driving force behind the growth of curling in the Golden Horseshoe as President of the Hamilton and Area Curling Association (HACA) for 6 years from 1997-2002. In 2006, HACA honoured him by naming an event the “HACA Harry Clark Memorial Little Rock Bonspiel”, now the largest Little Rock Bonspiel in Canada.

Harry worked with the Canadian Curling Association (CCA) with enthusiasm and commitment, right up until his death, to bring the 2007 Brier to Hamilton. The Host Committee awarded him posthumously, the position of Honourary Chair of the 2007 Tim Hortons Brier.

Thank you to everyone who made it out to the club for the Harry Clark Award Presentation to the 2022 recipient, Derek Vachon.  It was great to have all of his curling family here for this special moment.  Here to present the award on behalf of the Clark family were two of Harry’s children, Brian and Cathy. 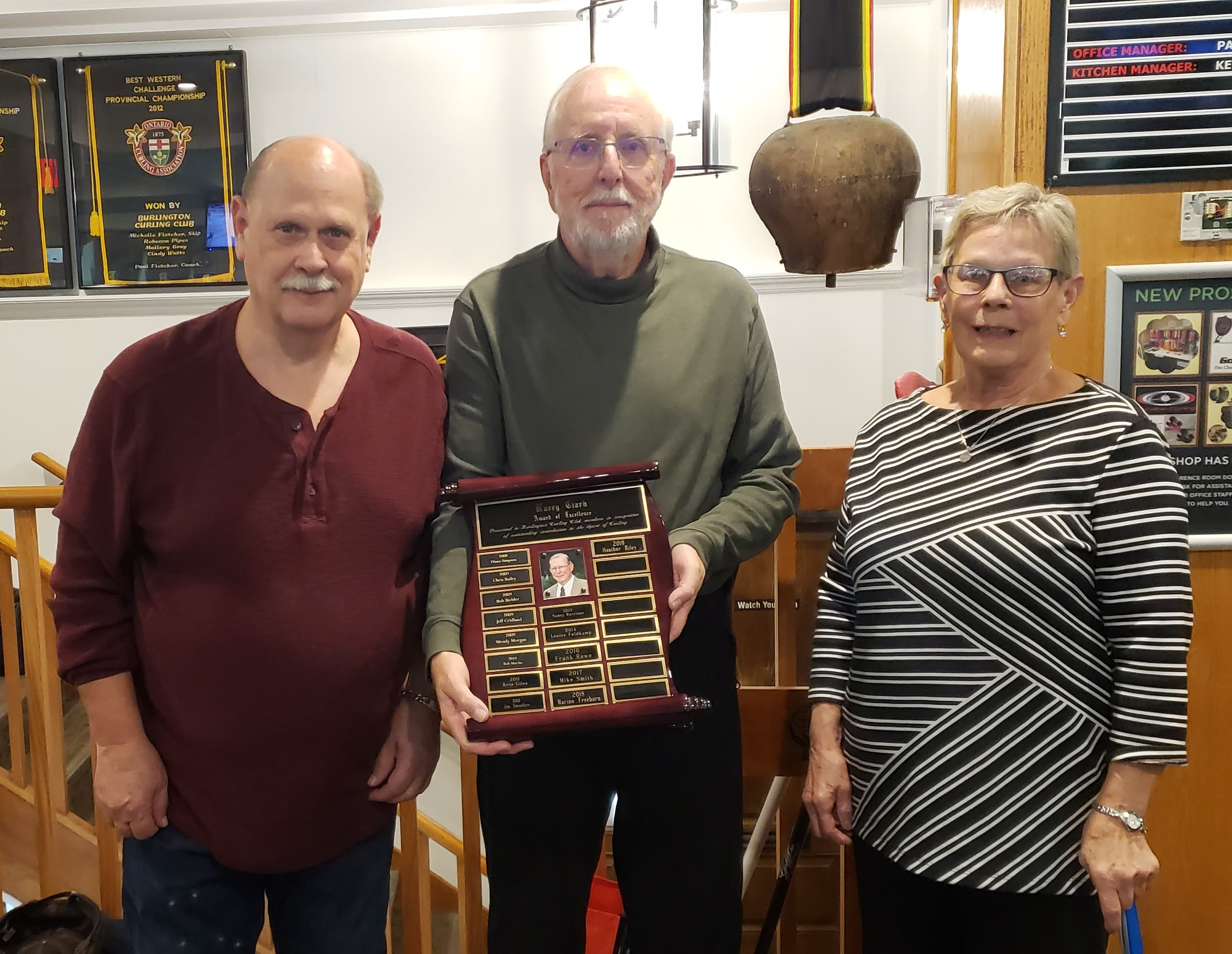 Tuesday evening, at this year’s AGM, Marion Freeborn was awarded the Harry Clark Award. It was presented by Harry’s son, Gary.

Marion is a wonderful ambassador for the sport and for our club…always gracious and smiling both on and off the ice. She is a very deserving winner of our club’s most prestigious award.
Congrats Marion!!

Click below to see  just some of the things she has done for the club and our sport.